The word “chintzy” is, often, a term for something of poor quality. Which seems odd considering chintz, the actual textile originating from India, is known for its exceptional quality, vivid colours, and intricate patterns. How did this disconnect come to be?

“That’s from the imitations in Europe [from 1850],” explains Sarah Fee, editor of The Cloth hat Changed the World: The Art and Fashion of Indian Chintz, a new publication from the Royal Ontario Museum. “The global desire for [Indian chintz] was so strong that it inspired these industrial imitations in Europe which became mass produced.”

The chintz created by India from the 1600s was unparalleled to anything else at the time. Indian artisans had not only mastered an immense chemical knowledge in order to apply bright dyes onto cloth, but they also managed to monopolize a global trade of the textile. For 150 years, Europeans tried and failed to imitate the quality of authentic Indian chintz for their own trade, causing the word “chintzy” to be associated with cheapness. But they did succeed eventually. The 1800s onwards saw the European domination of Indian chintz trade, as well as the trade routes across Asia.

Fee’s book, which brings together the perspectives of economic historians, anthropologists, and art historians—and is accompanied by an exhibition at the ROM—follows the trajectory of Indian chintz across Asia, into Africa and Europe, and finally to the Americas. “What we’re trying to do in this exhibition is to reclaim the word and concept ‘chintz’ for India,” says Fee. “We’re trying to give the visual face to this economic global history.”

The exhibition, featuring the ROM’s collection of Indian chintz plus new acquisitions and loans dating back to the 13th century, is the first of its kind in 50 years since the ROM’s Origin of Chintz exhibition in 1970, which focused more on the European perspective. Before European control, India had designed chintz for markets all across Asia and Africa, shifting designs to the tastes of Indonesia, Egypt, Japan, and Thailand, as well as Europe: France, England, and the Netherlands.

“Chintz really tells you the story of colonialism in India,” says Fee, explaining how Madras (modern-day Chennai) exists today because the British tried to set up chintz factories there. “The first places Britain colonized in India were the cloth-producing places.”

Beyond their control in India, the shift in market power to Europe was greatly influenced by British slave-driven production systems in the Americas in the 1700s. Using the same processes borrowed from sugar plantations, European entrepreneurs utilized captive labour and centralized factories to mass-produce chintz. Such labour, along with the appropriation of Asian techniques, ensured Europe could produce chintz that could compete with India’s. “It was this system of production, embedded in these kinds of relationships and these kinds of hierarchies, that would come to characterize the modern world,” writes Sven Beckert, a professor of history at Harvard University, in the preface of Fee’s book. “This book and the exhibition undermine Eurocentric notions about the world.”

But why are we talking about this now? “There’s this global revival and interest in natural dyes because of the sustainable issues now,” says Fee. The past 10 years have seen a renaissance of Indian chintz, which is acknowledged in the exhibit’s opening showcase on contemporary chintz from Indian artisans today. The contemporary pieces provide a telling contrast to some of the older pieces in the exhibit, dating as far back as Egypt in 1300. Because of the arid Egyptian environment, the fabric is well preserved and still holds its brilliant hues, explains Fee. “You see the magic in the colour.” 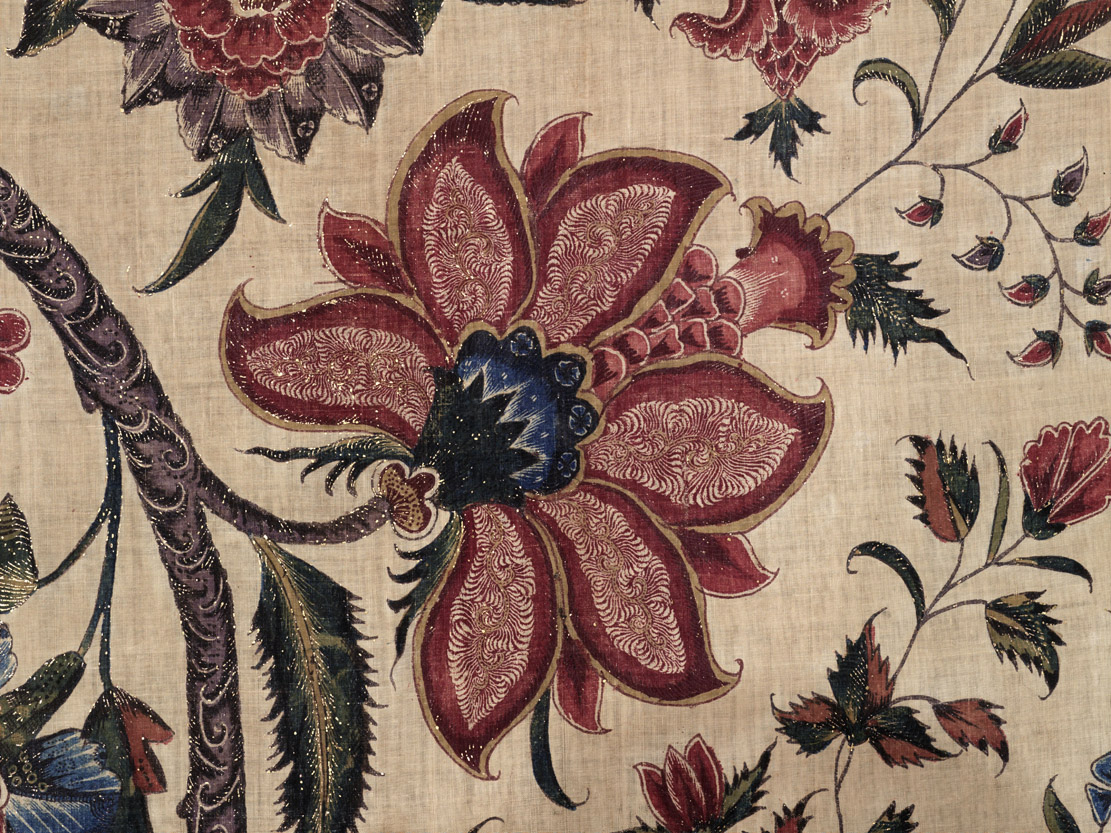 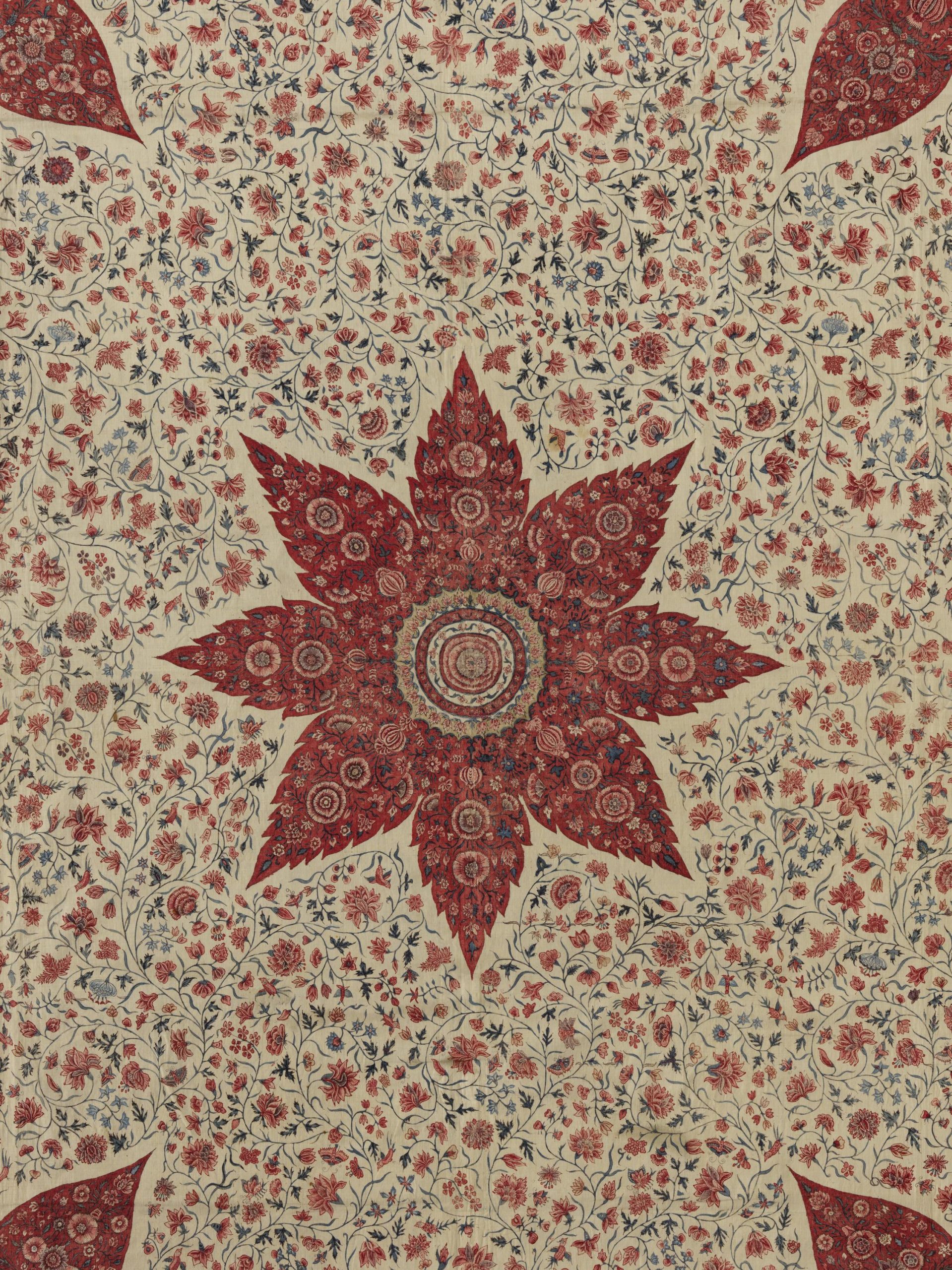 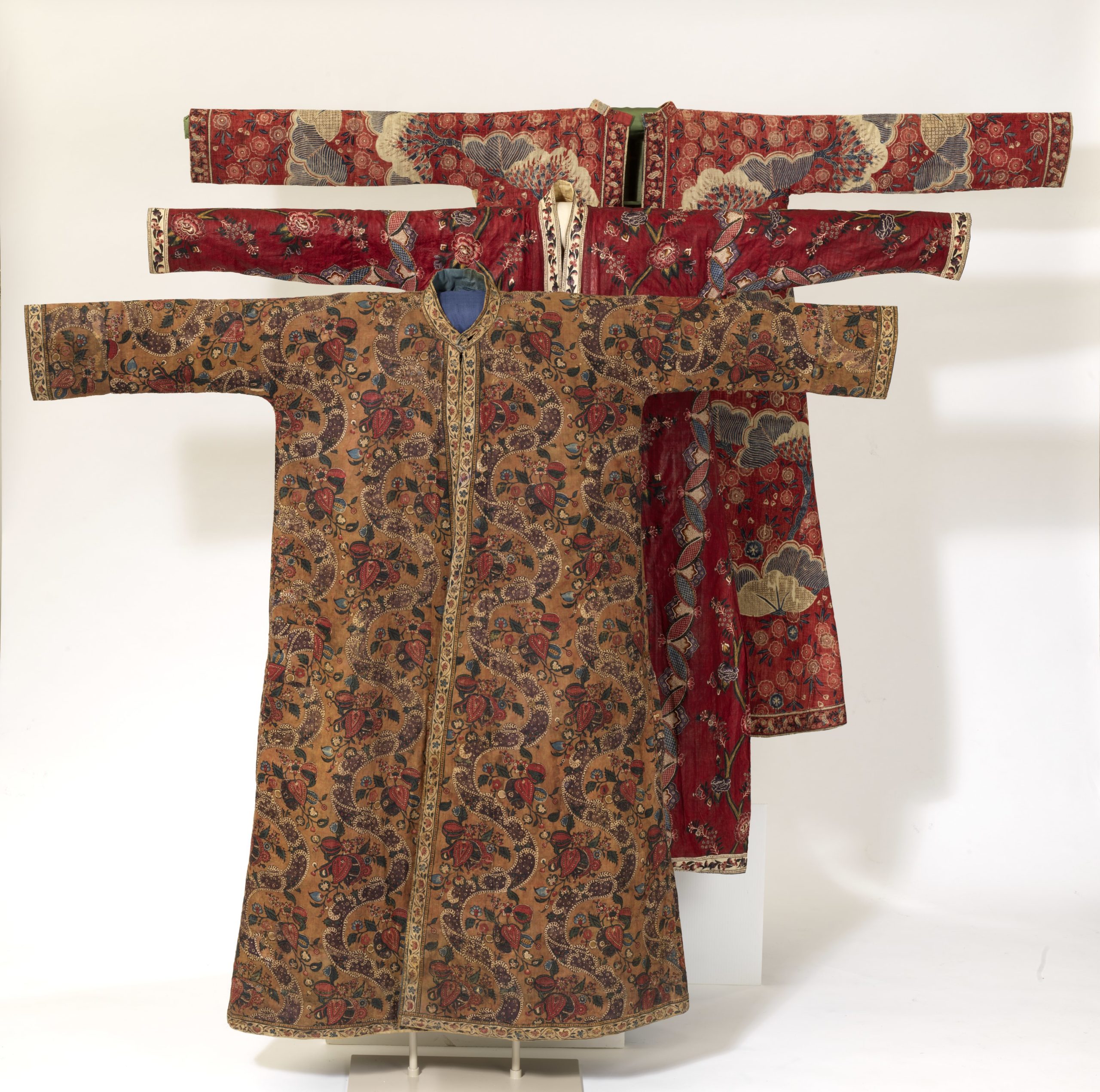 The Cloth That Changed the World: India’s Painted and Printed Cottons is on view at the Royal Ontario Museum from April 4 thorough September 27, 2020.

Here We Are Here

A Space for Contemplation at the Royal Ontario Museum