American photographer and filmmaker Ayana V. Jackson counters these narratives through photographs that re-create colonial scenes, mostly using her own body as the subject. She fights fire with fire: through these performance photographs, Jackson unweaves the threads of 19th and 20th century understandings of the African continent, while also contemplating the layered identities of the African diaspora worldwide. Her work is as aesthetically striking as it is arresting; she poses in grand operatic costumes in some pieces, regally nude in others—contrasting and contradicting the historical photographs that often degrade African subjects.

Jackson’s latest exhibition, Take Me to the Water, on view at the Mariane Ibrahim Gallery in Chicago, steps away from the lived histories of colonial-era Africans and ventures into the mythic worlds of African folklore, combining elements such as African diasporic water spirits of the Middle Passage and Jackson’s own imagination. These never-seen-before works are both a continuation of Jackson’s oeuvre and the start of something new. We asked the artist to examine the layers of her latest exhibition. 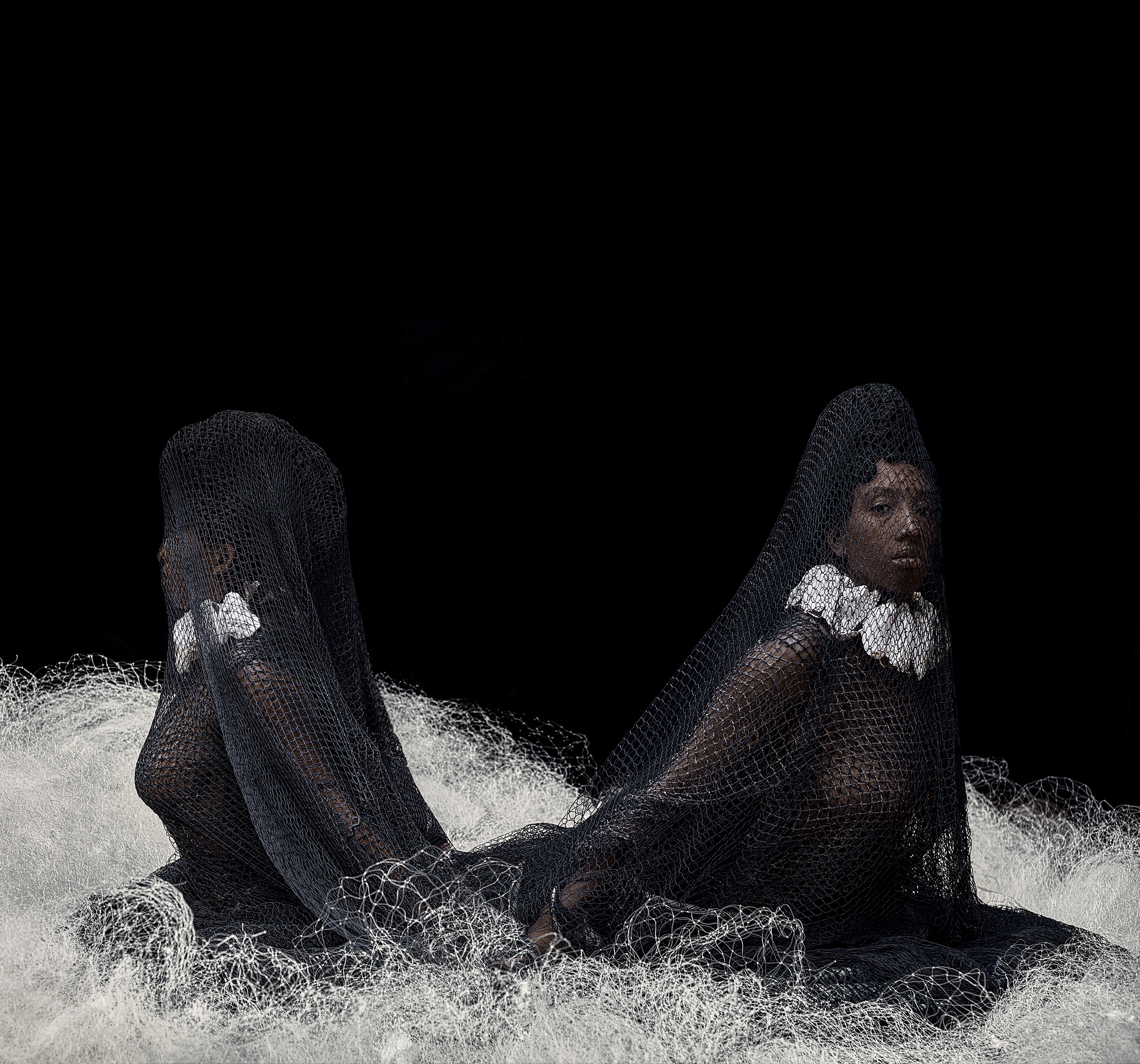 How do the works of Take Me to the Water differ from the ones you have come to be known for over the course of your career?

The costumes for Take Me to the Water are the greatest departure from previous works. They are a result of collaborations with two fashion designers, Senegal’s Rama Diaw and Angola’s Mwambi Wassaki. In the past, I worked with French and South African costumers and opera houses to fashion my characters. This time, I shared my reference materials and conceptual mock-ups with the designers and together we designed the garments. It was very exciting to participate in this part of the process.

The second great departure is that I am working with speculative fiction. I am drawing upon mythologies for inspiration. In the past, I have worked from existing imagery and/or characters who existed or would have existed in centuries past. In this series, I am creating them from my imagination.

Your work has been a statement on the colonial gaze directed at African culture, particularly within photography. How does mythology play a role in this gaze? Why did you choose to step away from lived histories and explore the “mythic world”?

I came of age in the ’80s and ’90s within a family and greater cultural community that embraced Afrocentrism as a self-esteem building counterpoint to the biased Eurocentrism of the U.S. educational and cultural landscape. While I am undoubtedly culturally black American, I learned a lot about various African and African diasporic narratives through music, dance, and folk stories.

There is a surprising amount of cultural retention that survived the slave trade. Yoruba-rooted belief systems like Santería, Candomblé, Ifà, Vodoun [Voodoo] are among the most known throughout the Americas (North, South, and the Caribbean). Black people in the Americas come from many regions of what are now 54 countries in Africa. For generations, we have been mixing with each other and remixing whatever we could hold on to. I find this fascinating because despite being so far removed from those cultural roots, there is a deep desire to hold on to something—anything. It is my opinion that this form of resistance is in direct response to the colonial gaze. A refusal to see ourselves only through their eyes. 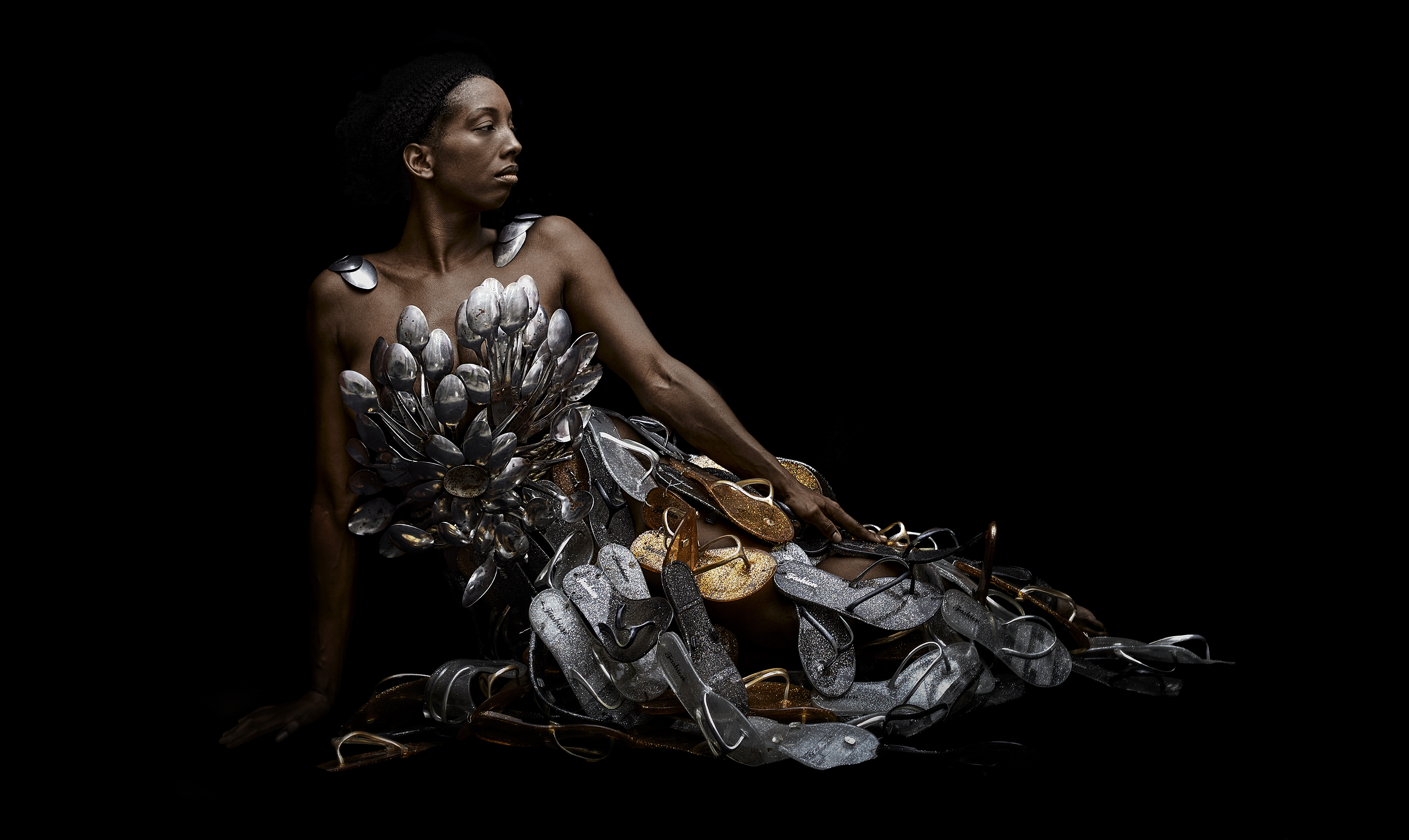 Ayana V. Jackson, The rupture was the story, 2019. Courtesy of Mariane Ibrahim Gallery

Why do you choose to use your own body as the subject of your work? Has this remained consistent throughout your career?

[My] earlier works were more in the vein of reportage, editorial, and documentary. I looked at African descendant communities in places like Mexico, Venezuela, Colombia, and Nicaragua. I documented the New York afropunk scene in the early noughts, [and] hip-hop in Ghana. I think that work was an early exploration of truths about blackness that I hadn’t been raised to consider.

I turned the lens on myself after being introduced to photography theory. Following a few semesters of study at the University of the Arts in Berlin, I began to think of my own work critically and came to the realization that that work was somehow about me and for me. Shortly after, I began to insert myself into the image and begin what I thought was a more honest exploration of what I was “looking for”.

Take Me to the Water characters are inspired by African and African diasporic water spirits. Can you expand on these water spirits and their significance?

This work comes on the heels of a fellowship I did at the Smithsonian National Museum of African Art. At the time, I was looking to learn more about the water spirits in the Yoruba pantheon—Olokun, Yemaya, Ochún—but also explore others [such as] Mami Wata [and] Kianda. I was excited to think about these spirits in conversation with Drexciya, a myth created by Gerald Donald and the late James Stinson, two black American techno musicians from Detroit practising in the early ’90s. They believed they were the children of pregnant women who were thrown overboard the slave ships during the Middle Passage. The fact that they were drowned as sick cargo is among the horrid facts of the trade. However, the idea that the babies survived to populate an aquatopia at the bottom of the Atlantic is an amazing and evocative myth.

For Take Me to the Water, I decided to imagine that these “Drexcians” were midwifed by the water spirits that already existed, looking over the Atlantic coast of Africa.

Throughout the world, you will find myth and folklore related to the water. This is nothing other than a testimony to humanity’s respect for their source material. We are all mostly water, after all. I thought it would be exciting to explore those worlds for a while. 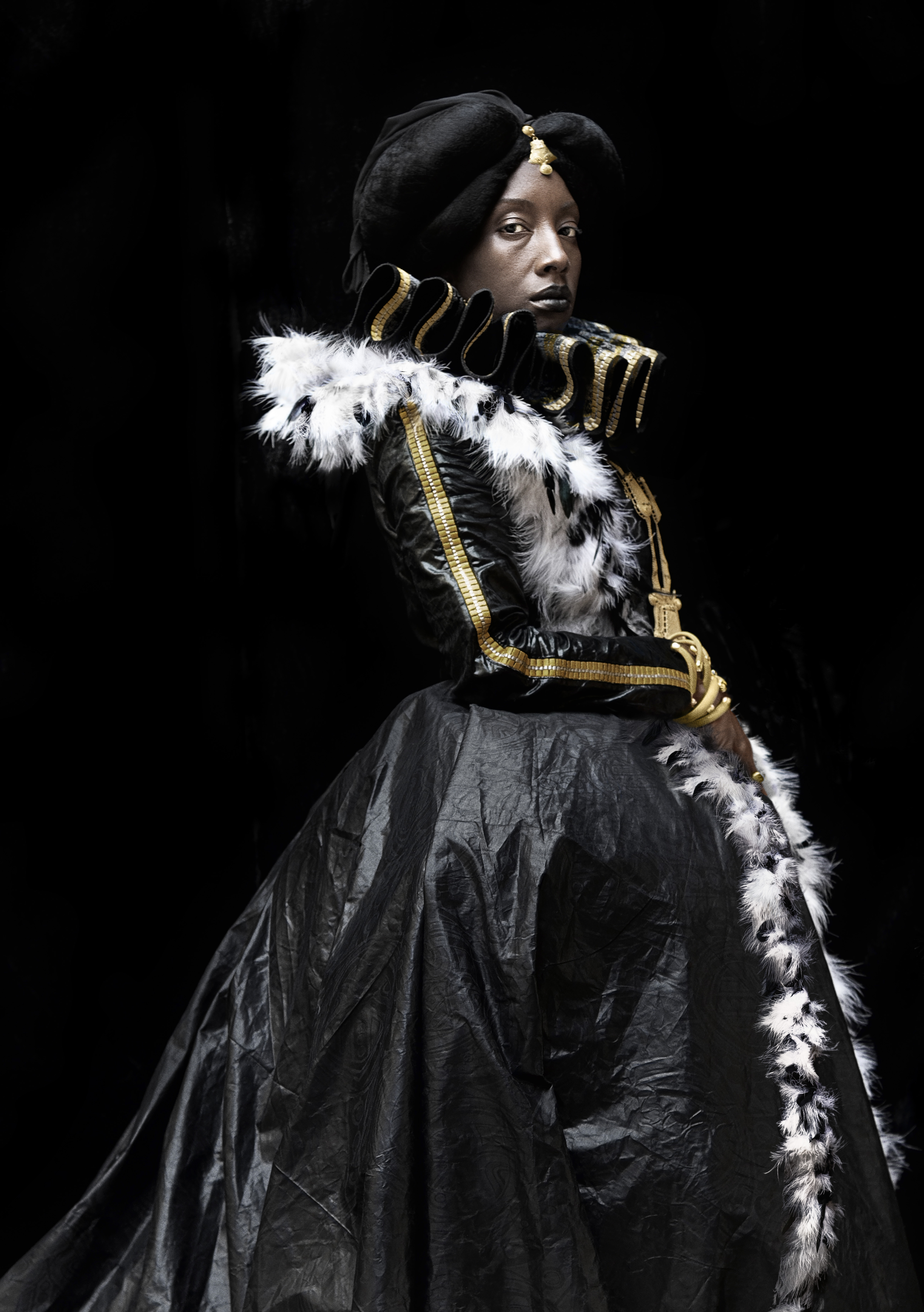 Take Me to the Water is on view at the Mariane Ibrahim Gallery in Chicago from September 20 to October 26, 2019.

This interview has been edited and condensed and was originally published in September 2019.