Listening to Desiire’s latest EP Starlight is like plucking ‘90s R&B vocals and tossing them into a salad of synth-pop and electronic sounds. From the funky vocal inflections gliding over ‘80s-prom-night beats on the title track to the sultry vibe of “Lights Down Low,” Desiire’s songs are an eclectic blend of genre—and he pulls it off in style.

Born in the Congo, Desiire moved to Toronto at 12 with his single mother, three sisters, and brother. Coming from a family of singers, it felt natural that he should follow suit. “I like to call myself a late bloomer when it comes to music, I didn’t start singing until I was 13 or 14. I saw everybody else [in my family] and I was like I kind of want to get in on the action too,” he recalls. “I’ve always been a huge fan of expressing myself through the arts so I think music was the obvious choice.” 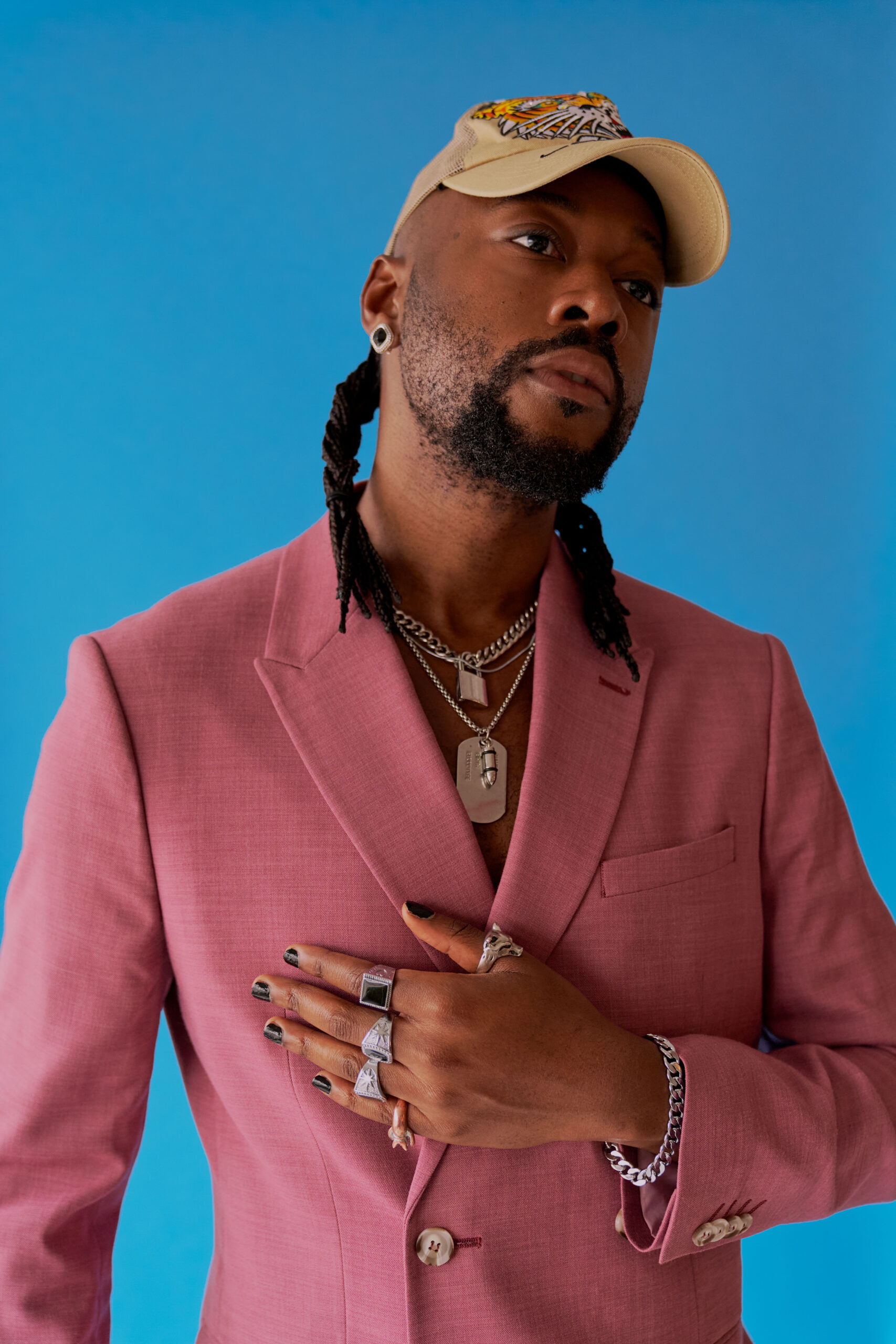 Though music had been a form of expression since he was a teenager, he only started releasing his work about three years ago. Since then, his growth has been unstoppable, with the singer releasing two full length albums, several singles, and his latest EP in that span of time. His contribution to 2020’s ArtistsCAN rendition of “Lean on Me,” which was created to fund COVID relief in Canada, saw him singing alongside names like Justin Bieber, BAD CHILD, and Bryan Adams.

Occupying the nuanced in-between space of belonging to two different cultures, Desiire emulates the complexity of identity through sound. “The main goal of my music is to find the best part in the different sorts of people that I am and clump them all together into something that has its own style and feel altogether… I think being born in a different space and moving forced me to learn how to mix styles together,” he says, referencing everything from ‘60s jazz and ‘90s hip-hop to Destiny’s Child as his musical inspirations.

“When you’re raised around a completely different set of values, to have that flipped on its head, it’s wild,” he says of the mental process of moving countries. “It was challenging. I learned a lot about myself. I still keep the same values from back home, and then mix them into the stuff I was taught here.”

Speaking on his perspective of the Black Lives Movement movement, he says, “It’s affected me a great deal. It’s affected a lot of my friends and family a great deal, especially during quarantine. Seeing images of Black people being shot and murdered on our social media timeline was shocking, it was scary, it was sad. Going to protests here in Toronto and seeing the rage in a lot of people filled me with a lot of sadness, but it filled me with courage to try to make things better for the next generation.” 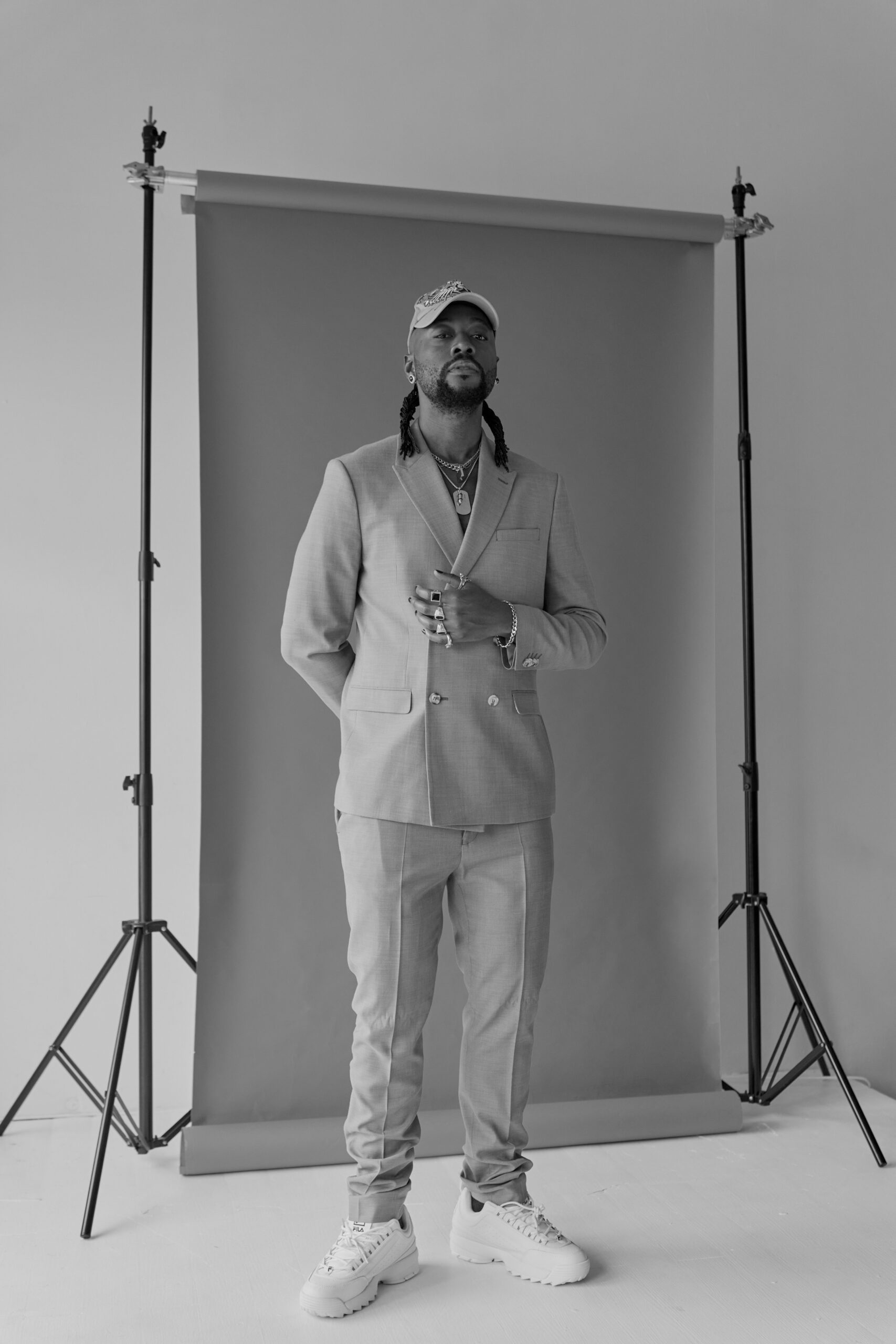 He is an advocate of social activism. He believes that even the smallest of actions can add up to larger changes.“Whether it’s the BLM movement, the Black Trans Lives Matter Movement, LGBTQ+ rights—which is important for me as a Black queer artist—it’s important to get involved because if we don’t then who will?” he asks. “When you think back to the ‘60s and ‘70s when you had Black people marching for equal rights, forty to fifty years later in 2020 we were able to benefit from all the work that they did. So, going another forty to fifty years, we want to be able to tell the next generations that we did the same… Even when it feels like this big mountain to climb, I think we can try to make our own differences so that when we’re all together it feels like a bigger impact. ”

A Portrait of Cadence Weapon, Imagining a Better World