Art has long been both a point of personal pleasure and an indication of social status, but for the young professional, lofty aspirations of collecting art are oftentimes outside the economic realities of those working the long intern hours of Bay Street. But with the expertise of Sofia Berger—a Canadian artist who founded a flourishing online and transient gallery, Eraser Gallery—we are offering an authoritative guide for the young Canadian art connoisseur.

From emerging talents to those firmly established in the industry, each of the following artists offers Canada’s young professionals accessibility to the highest expositions of culture. 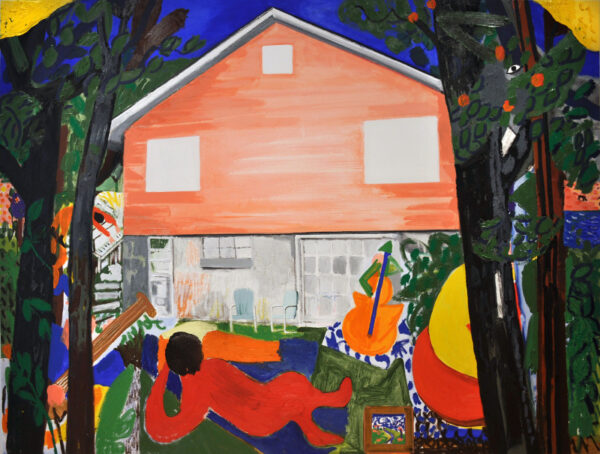 Based in Düsseldorf, Germany

In many respects, Olson’s work mirrors the very sentiments that define Canada’s young professionals as they brave the working world: migration, contrasts in rural and urban life, transient definitions of “home,” and self-discovery. In a crowded gallery or within the hallowed halls of Germany’s esteemed art academy, Kunstakademie Düsseldorf, Olson’s canvases speak through a familiar yet unique style and make their presence known.

Perhaps his most notable painting, Big Pink, best exhibits the hypnotic beauty of his landscapes. These scenes are rooted in a North American contemporary cultural mythos.

“Olson has always been a fan of Bob Dylan, so Big Pink was inspired by a long motorcycle journey that Olson took through the U.S. to visit ‘Big Pink,’ the house where Dylan once recorded,” says Berger. “There’s so much untapped cultural knowledge and history that can be explored through Big Pink and artists like Olson that you won’t find anywhere else.” 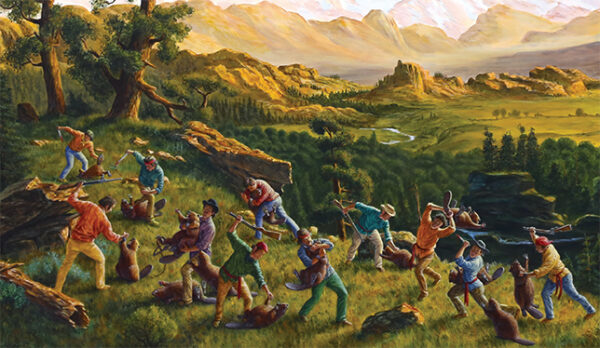 Kent Monkman’s The Massacre of the Innocents via Frieze.

Based in Toronto, Ontario

Few artists blend 19th-century romanticism with contemporary subject matter more effectively than Monkman. A Cree artist widely known for provocative interventions into American and Western European art history, Monkman’s work feeds into the heightened social consciousness of young Canadians while offering access to a name that has held weight for decades in the art community.

“Whenever I see a piece by Monkman, I’m blown away by how he’s able to confront Indigenous injustice and still turn it into such a popular attraction,” says Berger. “The way he plays with themes like gender fluidity is so provocative but, at the same time, really captivating.”

The type of art that sparks meaningful conversation, Monkman’s work is an investment in an artist both critically acclaimed and generationally transcendent. 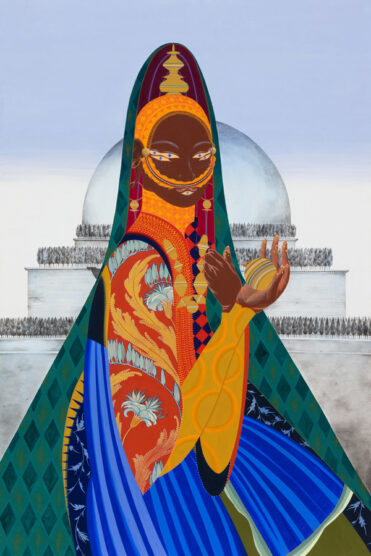 Based in Toronto, Ontario

Perera’s work is a reflection of her rich cultural heritage. She is a resident of Toronto by way of Sri Lanka examining themes of ancestorship, hybridity, cultural identity, and immigration through a series of vibrant mixed-media pieces. Perera integrates her love of science fiction to create something special. These dynamic works reflect Canada’s diversity while celebrating and critiquing popular culture.

“Rajni is really unique. She’s just hilarious and so unapologetic that I think that really resonates with younger audiences,” says Berger. “The majority of her influences as a child were Japanese programming like Studio Ghibli, so she was interested in stories that had dreamworld elements while still grounded in ethics.”

With aspects of science fiction, fashion, textiles, and jewellery in a mixed-media setting, Perera has quickly established herself as an artistic maverick ready to take the art world by storm. 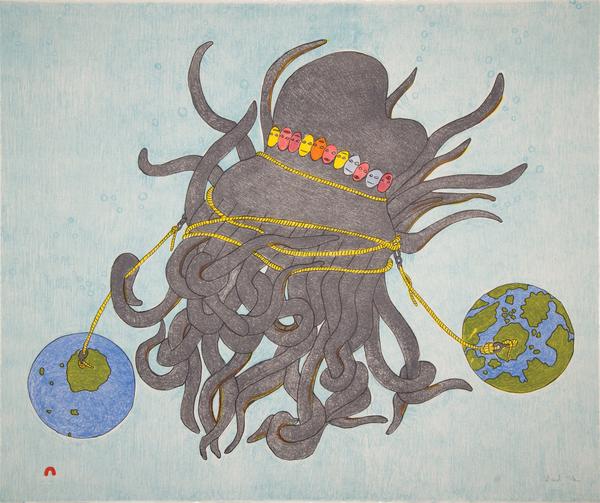 Based in Kinngait, Nunavut

With an artistic legacy proceeding her, Ashoona was born into a family of celebrated creators: her father was a sculptor, her mother a graphic artist, and her grandmother, Pitseolak Ashoona, one of the most acclaimed Inuit artists of her generation. However, her blending of modern and traditional life in Nunavut makes Ashoona a uniquely contemporary sensation in Northern Canada.

“Inuit voices are widely underrepresented in the Canadian art scene, so that really makes [Ashoona’s] work that much more important,” says Berger. “It’s a mix between very mundane situations and these fantastical, dreamlike images, like in Tentacles.”

Steadily gaining international recognition for her exceptional modes of creation and fascinating use of cultural motifs, Ashoona’s pieces are ideal starting points when first curating a personal collection. 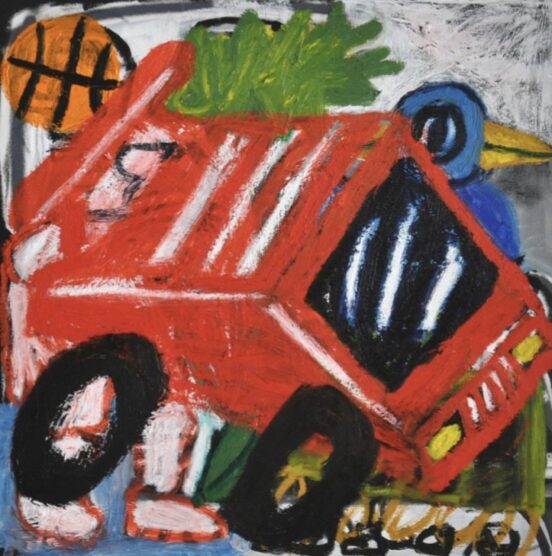 Based in Hamilton, Ontario

“Most of the time his work is really just an attempt to resolve his own mistakes, which makes his collections so interesting,” says Berger. “Some pieces are the by-products of his previously failed works. He keeps elements of old paintings and continues to build on them until all these mundane images form a composition that he feels is complete.”

This sharp self-depreciation perfectly complements the playful aura of his work. The comic relief and visual stimulation in each of Bond’s paintings are guaranteed to bring joy to any new art connoisseurs.