For this year’s Summer Olympic Games, 313 Canadian athletes are travelling to Rio, Brazil, many with their families in tow. While the world watches from afar, the Canadian Olympic coterie will convene at the Rio Canada House, designed pro-bono by architects Yabu Pushelberg (the firm’s client list includes Tiffany & Co., Louis Vuitton, and Daniel Boulud) in collaboration with Toronto artist Deborah Moss’s creative company Moss & Lam. Together, Yabu Pushelberg and Moss & Lam have transformed the space—a nineties-era aquatic centre—into a beautiful, Canadiana-laced refuge with all the comforts of home (down to cold cans of Molson Canadian lager). 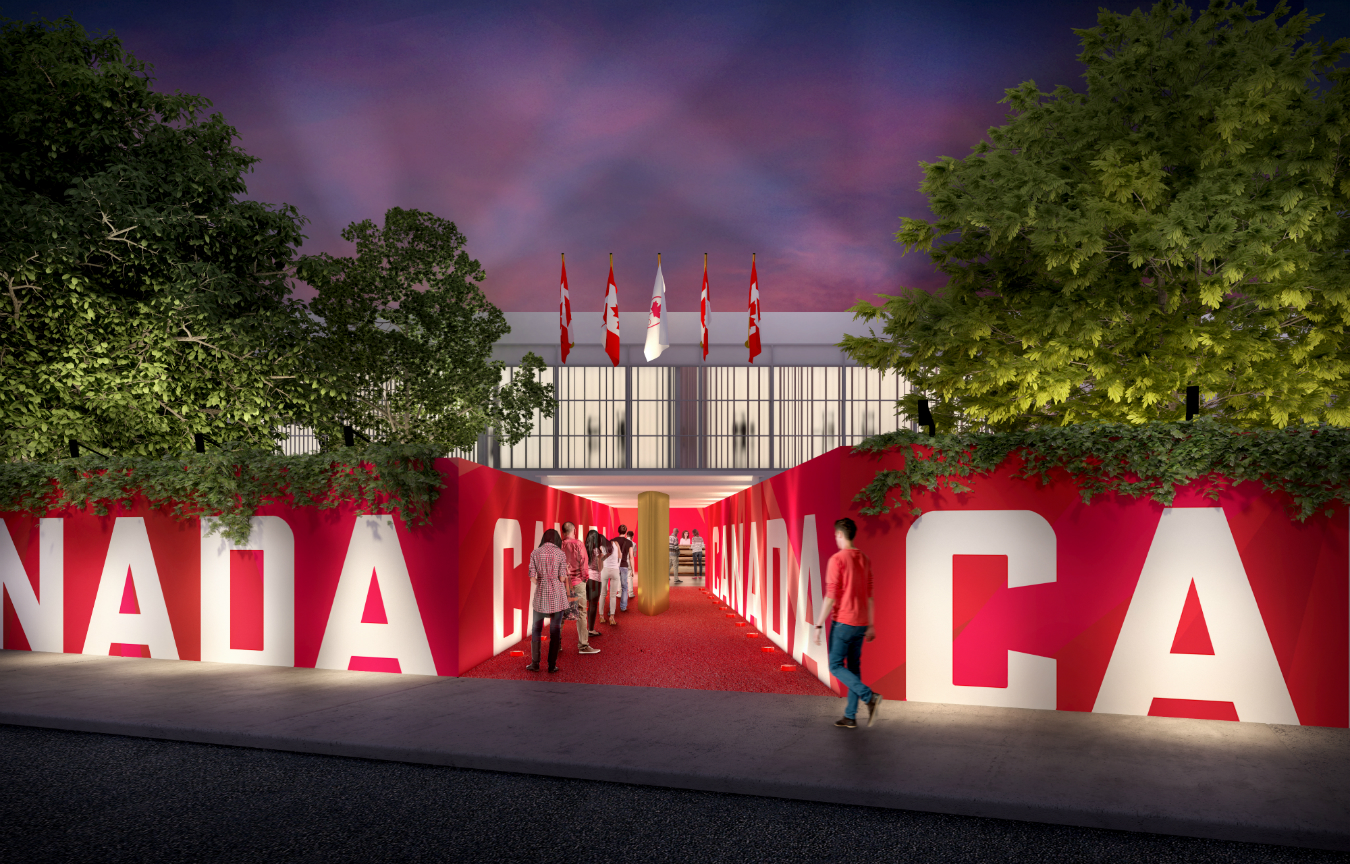 “We wanted to create installations that would reflect our national pride in our athlete’s efforts,” says Moss of the artworks she assembled—some with the help of a young team from the Etobicoke School of the Arts. “We chose to work with traditional Canadian iconic images in a fresh way—Canada, our glorious red and white flag, canoes, paddles, and maple leaves.” Sponsor Canadian Tire donated over 200 canoe paddles among other materials to contribute to four separate works, including a suspended sculpture made of painted wooden paddles; a giant Olympic flag comprised of thousands of painted strips of canvas; an installation of translucent canoes that sparkles with light; and an illuminated tree branch chandelier.

Some elements of the design will be left behind in Rio after the summer 2016 Olympic Games, ensuring that regardless of medal count, Canada will have left its mark on the city.

See the making of the art installations at Canada Olympic House:

Canada Olympic House Art Installations: The Making Of from Idea Workshop on Vimeo.

Omega at the Olympics